How to Find Clarity, Confidence and Courage in Making Tough Decisions 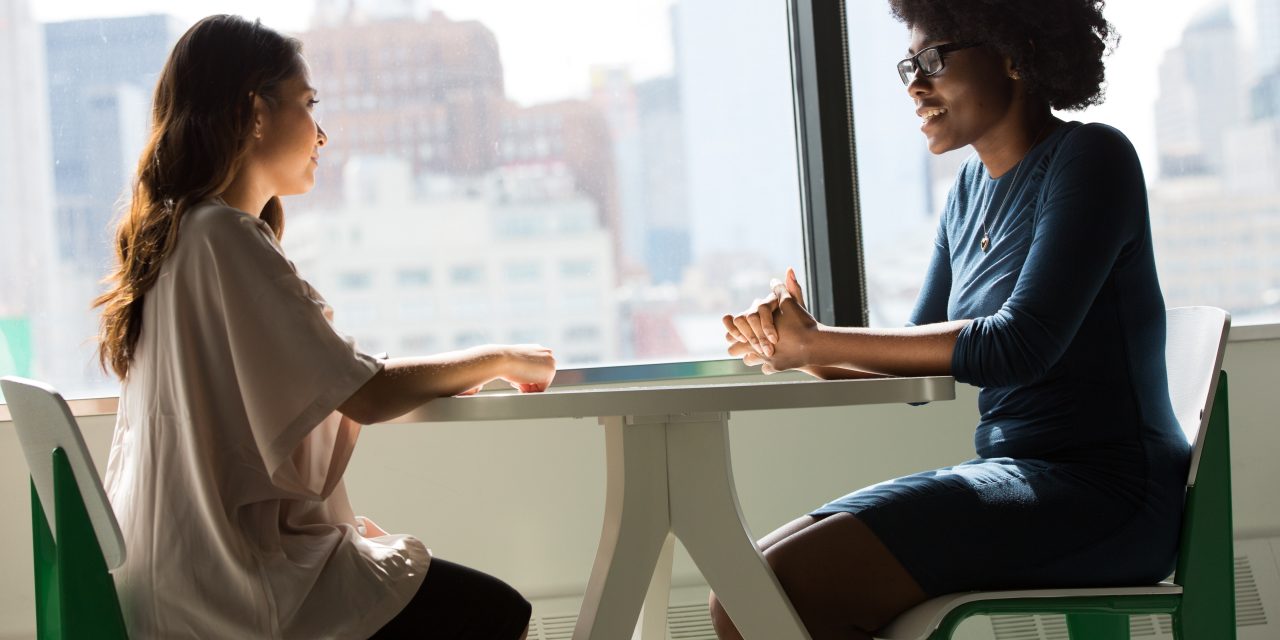 About eight years ago I found myself confused, worried and in fear about my future. The context of those feelings was that I was a lawyer, and a partner in a national firm of lawyers, was well liked, respected and an inspiration to others.

My legal career began as a legal secretary some 22 years prior, including ten years of part-time study working as a legal executive before qualifying as a lawyer. I had worked really hard to achieve my partnership, an enviable position, especially as a relatively young black woman. I had a good reputation in my firm and had not been looking to move. I was extremely proud of my achievements.

I had been with the firm for over 15 years at that time. I had been head-hunted into the firm at a time when I had just discovered I was pregnant. Joining the firm meant my husband and I moving counties away from a much-needed family network that would have been able to support us with a new baby on the way. I had invested a lot in both, my career, and this job.

Now, years later, I was confused because I could not work out what was wrong. Why, suddenly, I had started to feel less enthusiastic and passionate about what I did? It was becoming clear to me that I needed a change, but what was the change I needed and why?

I had been working long hours and often weekends, but that was normal and expected in my senior position and, after all, I was no stranger to hard work. Why then was it that what I had worked so hard at and what I had achieved, was no longer enough for me? Why was I feeling like this?

This lack of clarity and worry made me think. If I were not happy doing what I was doing, if I were going to stop being a lawyer, what would I do? I could not think beyond being a lawyer, despite my always thinking it was not the case with me; it had become my identity.

If I was going to stop being a lawyer, who was I? What would my friends, family and colleagues think of me if I said that I no longer wanted this life in law? Quite frankly, they would think I had lost my mind! My family and friends were aware how hard I had worked to get to my position; why would I want to throw that away? I remember feeling that leaving would be such a waste of all those years of study and work! My colleagues too would surely not understand why I wanted to give up my partnership; after all, most of them were striving to be in my position.

In all my confusion and worry, the one thing that seemed to be clear was that I did not want to just leave my firm and go to another firm in the same way. I felt that if I did that, without getting to the crux of my feelings, surely, I would feel the same way in time and that would not solve anything. Being honest, I had real confidence and self-worth issues about going to a new firm. What if I would not have the same respect as I had with my current firm? What if a new firm did not appreciate the hard work that had got me to where I was? What if I had to prove myself all over again? I also remember telling myself I could have remained in my firm for another 15 years but would not have been completely happy and that was not enough for me.

I had to figure out the real issue. What was the change my mind and body were telling me I needed? I loved my firm and the people in it, and I was grateful for the opportunities that had been given to me. The problem was that I could not think beyond leaving. I tried to identify and breakdown my skills and what elements of my work I could take with me to a new career. But I just kept coming back to the same conclusion. I was a lawyer and that was what I did. I tried so many times to start putting together my CV (curriculum vitae a.k.a. resume), but just could not make any progress with it.

I had a mortgage to pay and consider my financial future, and what I would need to do to ensure I had a similar salary. What I now know and recognise was that I was procrastinating in not facing up to my feelings. I was trying to ignore them hoping they would go away. In the end, the main reason for my procrastination was fear and self-doubt. I was fearful that my career was over. I was fearful that I would lose my identity and my status. I was fearful that there was nothing else I was good enough at to start another career. What I realise now, is that at the time, I could have hired a life coach to help me work through my confusion, worry, and fear.

I remember the feeling now, communicating my resignation and what it felt like to say out loud I wanted to leave. Literally, I put my hands over my mouth immediately, having said â€œIâ€™m resigningâ€ and instantly felt a sense of complete relief. Finally, I felt a fog had lifted. Somehow, I trusted that if I took that step, things would become clearer for me and indeed they did.

Suddenly, I was able to think about different options and not just the one option of leaving my career. Taking that one step gave me the clarity I needed and somehow the fear reduced. I still did not know what I was going to do, but the fear was reduced, and I started to think more clearly.

To my surprise, I realised that it did not really matter what my family and friends or colleagues felt or said about my wanting this change. Although their opinions did matter to me, it was what I thought that really mattered. I also realised that what you do in life is never a waste; everything you do or whatever happens, good or bad, are all life experiences. I began to realise that not being a lawyer, did not mean that all I had achieved would somehow disappear; my achievements would always be my achievements. Who I was as a person would not change and I did not need a position or firm to validate me! I started to see what other people had seen in me all along.

After resigning, opportunities started coming to me. Looking back, I realise that I had to take that step to allow those opportunities to present themselves. I didnâ€™t even need to look, nor did I have to update a CV or do anything to justify why I was leaving my partnership. I also didnâ€™t have to convince anyone that I was worthy or sufficiently skilled at another job. I had become much more confident about my position.

In the end, the opportunities that I accepted allowed me to remain a lawyer, being self-employed, and also train other lawyers at a national training company. Becoming self-employed was financially risky after having had a regular and good salary. There were no guarantees about how much work I would be able to attract or whether I would be able to meet all my expenses, but something in my gut said just to go with it and â€˜trustâ€™.

Without realising it, I had also gained the courage to just go with those opportunities and trust that everything would work out. Something that has stayed with me over the years.

Although then it did not take a pandemic for me to go through this transition, such as it was, I am aware, both through my continued work as Â a lawyer in the field of employment law and through my life coaching, that there are a lot of people right now going through similar feelings of confusion, worry and fear. What the current economic climate will mean for their jobs and careers and that of their families. Worried about potential redundancies and fearful about whether they will manage financially.

On the other hand, there will be others that are taking a less fear-based approach and taking the opportunity of re-assessing their futures and taking control of their own destiny.

That might be in looking at a change in career or starting a business of their own. Decisions that still require clarity, confidence and courage. After all, my life-coaching business with my daughter was born out of lockdown. I decided to qualify as a life coach because I realised that part of what I bring to my legal clients, as well as solid legal advice and assistance, is coaching them through the many emotions that come through unhappiness at work.

Are you feeling confused, worried, or fearful right now about the future and the changes that might be around the corner? Have you become immobilised by those feelings and need help in working through things? Has lockdown caused you to re-assess your life or furlough affected your self-worth and confidence? Does the thought of potential redundancy leave you cold?

My tips on achieving clarity, confidence, and courage:

My journey allowed me to achieve the clarity, confidence and courage that I needed at that time. Having now started another business and another journey, I have had to again call upon the steps that I have outlined above to get me there.

Confusion, worry, fear and limiting beliefs will immobilise you. Clarity confidence and courage will set you free to do and be all that you want in this world. 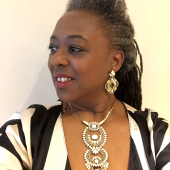 Having spent over 25 years as an employment solicitor, Lorna found herself coaching her clients around the emotional issues that arose alongside the legal ones. Finding great satisfaction in coaching, albeit, informally, she decided to qualify as a life coach through the Pure Coaching Academy. Lorna has recently set up a life coaching business with her daughter Lauren with the vision of helping clients to manifest freedom. They both feel that this current climate will mean that life coaches will be needed more than ever with the fallout from the pandemic and everything that it has brought. Lauren is a mindset coach working with clients who are at the start of their careers having left college or university and looking for their first job or to become entrepreneurs. Lorna is a freedom coach empowering her clients to find their freedom on their own terms. The business is called LifeVisions by LV Coaching 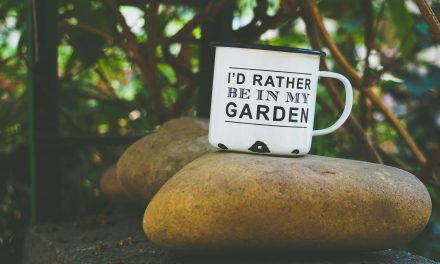 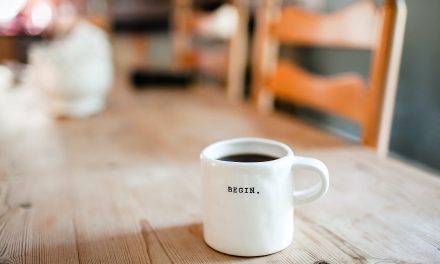 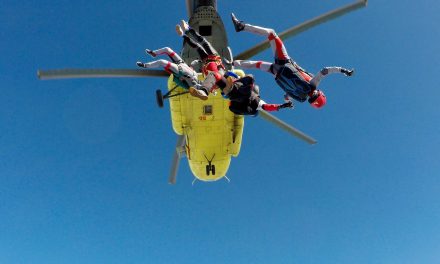 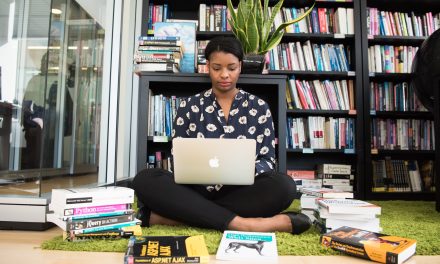 Are you afraid of failure or success?